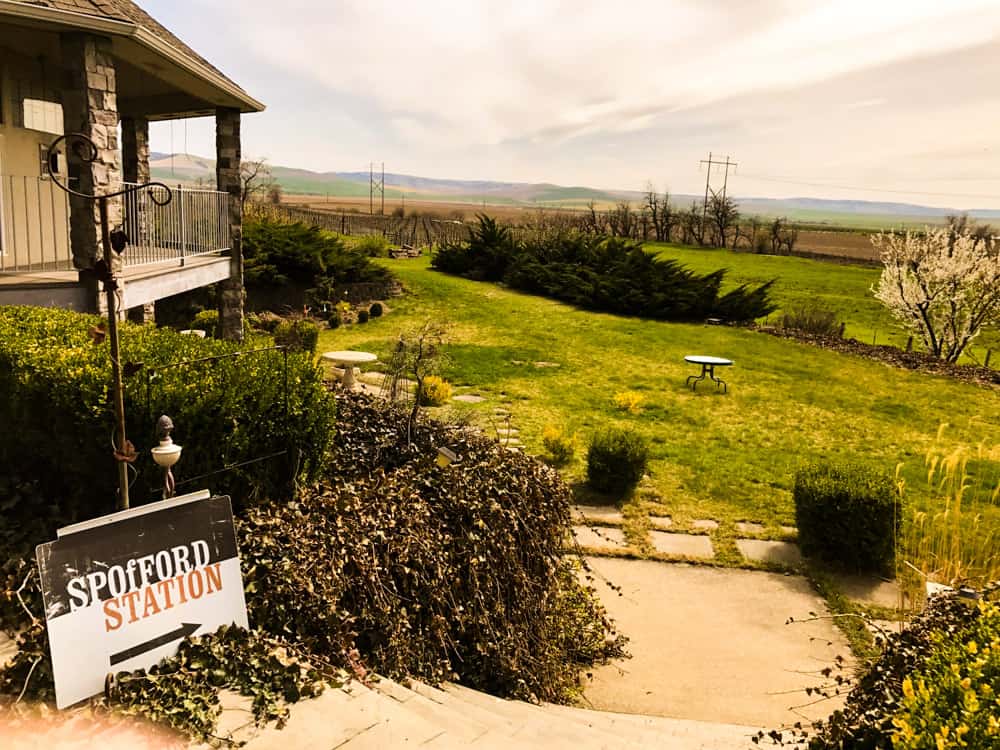 I’ve always loved wineries that are off the beaten path because they usually have the best surprises. In the case of Spofford Station Vineyard, however, the path is truly beaten. This is thanks to 20 Mule Teams that originally hauled grain from its Milton-Freewater location in Oregon to Walla Walla before being shipped on barges down the Columbia River to Asia. While Spofford Station remains a local landmark, Lynne Chamberlain’s winery of the same name is within a stone’s throw of that historic building and is full of even more surprises.

Lynne is a self-described one girl show with one winery, two labels, and three cows. She runs the entire farm herself, which consists of wheat, peas, alfalfa and grapes. Lynne is a true farmer in every sense of the word, but to me, she is an original Pioneer Woman who can do it all with a smile on her face, a determined disposition and a will to make things happen.

Here’s a taste of some of Lynne’s accomplishments. She was the first student (class of 8) in the Walla Walla Enology & 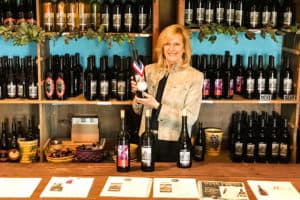 Viticulture Wine School. She was on the original board for the local Walla Walla Wine Alliance and established the 36th winery in the valley. She started the Spofford Station 40-acre vineyard in 1998 and was one of the largest growers at that time.

Now, after opening her first tasting room in downtown Walla Walla and later moving on to the Airport District, she is back home with a very cozy, quaint and beautiful tasting room downstairs in her house. Lynne made this decision so she can spend more time with her guests and give them an in-depth experience, not just stand there and pour wine all day.

So How About These Spofford Station Cabernet Cows?

Well, that’s one of the surprises. They aren’t just any cows, they’re CABERNET COWS, grass fed and natural. Lynne trademarked that term because she feeds them the pressed grape skins (pomace) from her vineyard before selling them as “pre-marinated” beef to restaurants, wine dinners, and special events. I had a sample of the Cabernet Cow Summer Sausage and you’ve never tasted anything like it with its melt-in-your-mouth delicious flavor.

But to me, it’s always about the wine and here lies another surprise.

Firstly, there’s the uniqueness of this region which was highly impacted by the Missoula Flood waters that brought everything from volcanic ash to granite boulders. This gives Spofford Station wines their unique, mineral, unmistakable flavor.

Then there’s the fact that Lynne is a firm believer in the old expression of not selling a wine before its time. I was amazed that she is pouring wine from 2004/2005. Those are traditionally library wines, not tasting room wines. Plus she has plenty of stock at truly unbelievable price points of $10-$28 per bottle.

Finally, when you factor in the many the varietals she has (Cabernet Sauvignon, Syrah, Merlot, Malbec, Carmenere, Petit Verdot, Semillon, Viognier, Cab Franc, Sangiovese and Tempranillo), and the age, quality, and flavor, you find that Spofford Station is truly the best wine value in the Valley.

So, if you like the idea of sipping amazing wine in a down home setting with gorgeous views while hearing about the history and process of Walla Walla winemaking from a true wine pioneer, Spofford Station is the place and Lynne is your one girl show.

Owner at Tesla Winery Tours
"After years as an officer with the LAPD and a Special Deputy U.S. Marshal in Las Vegas, Jim and his wife Julia moved to the peaceful town of Walla Walla and started a new life and business venture. Walla Walla Jim, as he was dubbed by his tour guests, now runs the Eco friendly Tesla Winery Tours where he shares his passion for wine and the town he now calls home."