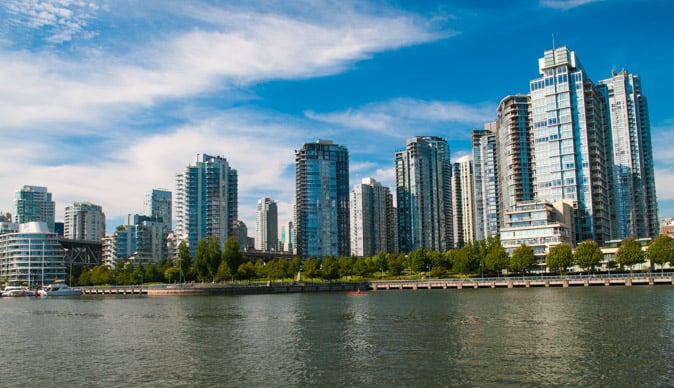 As the BC craft beer revolution continues to take shape there are changes daily here on the Vancouver breweries scene and new players are continually joining the game. The words “family” & “community” have come rolling off the tongue of almost every new craft brewery partner I’ve spoken to. Upon conception, each new brewery comes with it’s own specific vision and set of challenges to overcome, but one thing is clear; the new Vancouver breweries wish to create a space where people feel comfortable and they want to foster the love of craft beer in both the experienced drinker as well as in those who are new to the craft beer world.

I recently caught up with two newer Vancouver brewery owners to see where the inspiration comes from and what direction they would like to take as they eye their sophomore year. 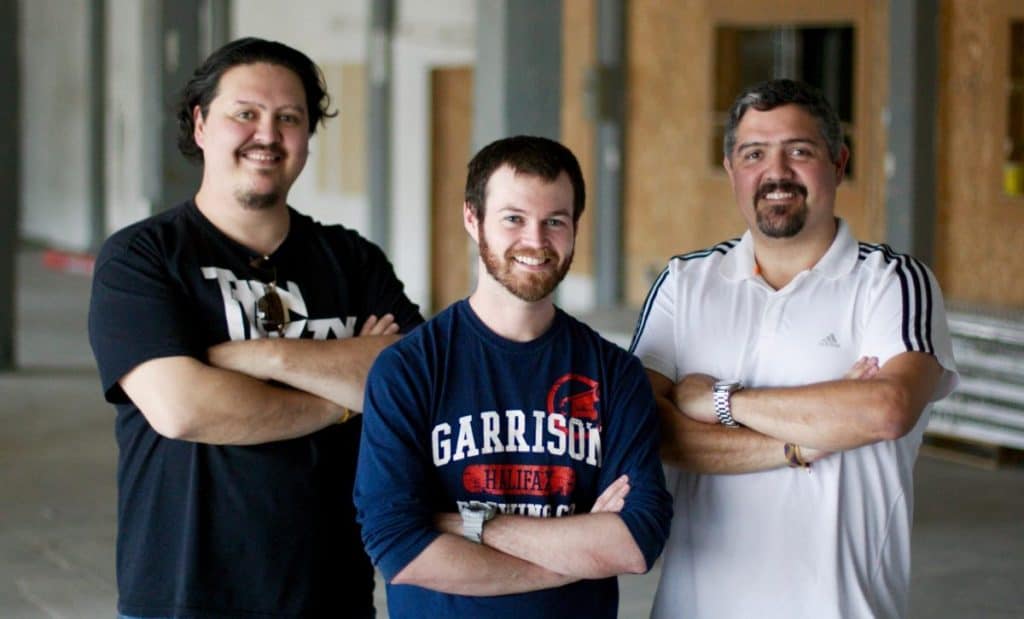 Andina Brewing Company is the newest kid on the block in East Vancouver (aka Yeast Van), and it is also one of the most unique in concept. The tasting room, beer, and service are all inspired by South American hospitality which is where the owners are originally from and I had the opportunity to speak with one of the brother’s behind the funky new spot on Powell Street.

Andrés and his brother Nicolàs opened Andina Brewing Company at the beginning of March 2017. They had a vision for a different type of culture than normally found in the Yeast Van brewery district. fittingly, Andrés says that the new Vancouver brewery was conceptualized over a few beers with his brother and that three pillars were established to ensure success in their eyes.

Their three pillars of success are great beer, a welcoming tasting room, and warm service reminiscent of their heritage in South America.

We spoke further about breaking into the scene and “ah ha” moments in the quiet back room located off the lounge. Here Andrés told of the amazing support of other local Vancouver brewery owners, who answered the brother’s questions and helped point them in the right direction.  One of the major turning points for Adina was when they met and recruited Andrew Powers, formerly of Red Truck Brewery, to be their head brewer. Prior to my chat with Andrés, I had assumed that it was the brothers who had conceptualized the use of ingredients in their brews, such as imported sugar cane and fruits from South America. However, Andrés tells me that it was in fact all Andrew’s idea. Hiring a head brewer can be a bit of a gamble at first, but it is one that has really paid off for Andina, Andres says that Andrew has proven to be a versatile brewer and has been “nothing but amazing” over his first year with the company.

I then asked Andrés to comment on his experience of being involved in a family business. To this he replied that it can be challenging, but ultimately it has given him a greater level of confidence in his business partners. He says that being family adds another dimension to the business relationship that must be fostered between family members.

So what’s next for Andina Brewing? The vision for the brewery is to keep growing both the business and the positive feedback that continues to flow in as the taps flow out. Canning would be the next step for Andina and their craft beer should be making it’s way into more local beer stores and bars soon.

If you find yourself in Yeast Van and are looking to taste and experience a truly unique Vancouver craft brewery, check out Andina Brewing on Powell St – just look for the big yellow building with the beautiful lady on the side! 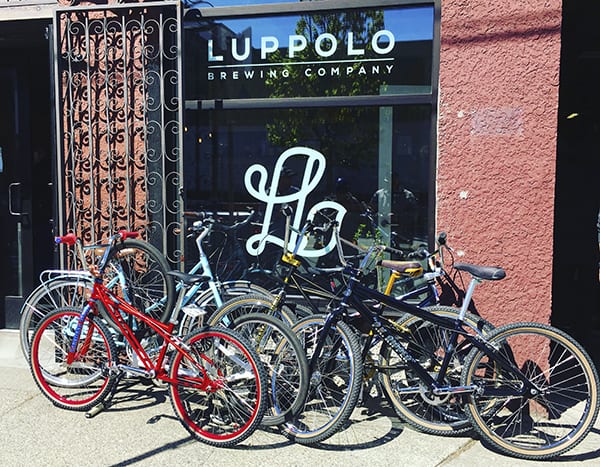 Just a short bike ride across the neighborhood and I find myself at yet another new Vancouver craft brewery, Luppolo Brewing. The company is owned by two couples who have followed their passion for craft beer both at home and abroad.

One of the couples is Ryan and Eleanor Parfitt. Ryan has over nine years of experience with micro brewing and he and Eleanor long harboured a vision of opening a business in the beer world. Concurrently their friends, Fede and Anique, were enjoying living in Italy and had claimed a local micro brewery as their favourite.social spot. At some point a plan was hatched and in the following years the necessary steps were made and Luppolo Brewing was born.

Ryan, now the head brewer at Luppolo, tells me that the vision was to always have a brewery in East Vancouver, close to the demographic they were hoping to target, near transit and on the bike route.

The team at Luppolo have built something unique by focusing on small brew batches with great variety. They have also created a great feel in their tasting room and almost every time I visit I am surprised by the range of beer styles I see on the menu board. Plus worth more than a mention, is the food at Luppolo where the menu is obviously inspired by Italian cuisine and is simple and tasty. The beer and food pairings are perfect for sharing and conversing with friends and the plates are hearty enough to fill but not so heavy that you feel guilty about that extra pint of delicious beer. Have I mentioned that all of the staff are amazing, knowledgable beer people? Well, they are!

When it comes to family and business Ryan would argue that you should always mix family, friends and business because of the close relationship you share with those you do business with. As for a vision of the next year Ryan says “it would be to get a few more tanks in here and increase production, while still distributing the majority on site.”  It also appears that he carries the momentum of his home brewing days and notes sharing his passion with others as the highlight of the experience.

Finally, I would be remiss if I didn’t mention the unique set up. Luppolo may have one of the coolest brewing set ups going with a good portion of their gear being repurposed dairy equipment. They wanted to salvage and recycle while at the same time keeping their start-up costs down, both a smart and admirable endeavour.

You will find the good folks at Luppolo on Venables street near Clark Drive in beautiful East Vancouver and just as Ryan had envisioned, you can bike, bus or walk to the tasting room to enjoy a great beer and a taste of Italy in the beautiful Pacific Northwest!

James is originally from Ontario and now resides in Vancouver, BC where he is closely attached to the thriving beer and wine scene. He is passionate about educating others and loves to help connect the dots from farm to glass. James also loves anything truly Canadian and hopes to some day create his own wines that reflect the strength and diversity of the Great, White, North.