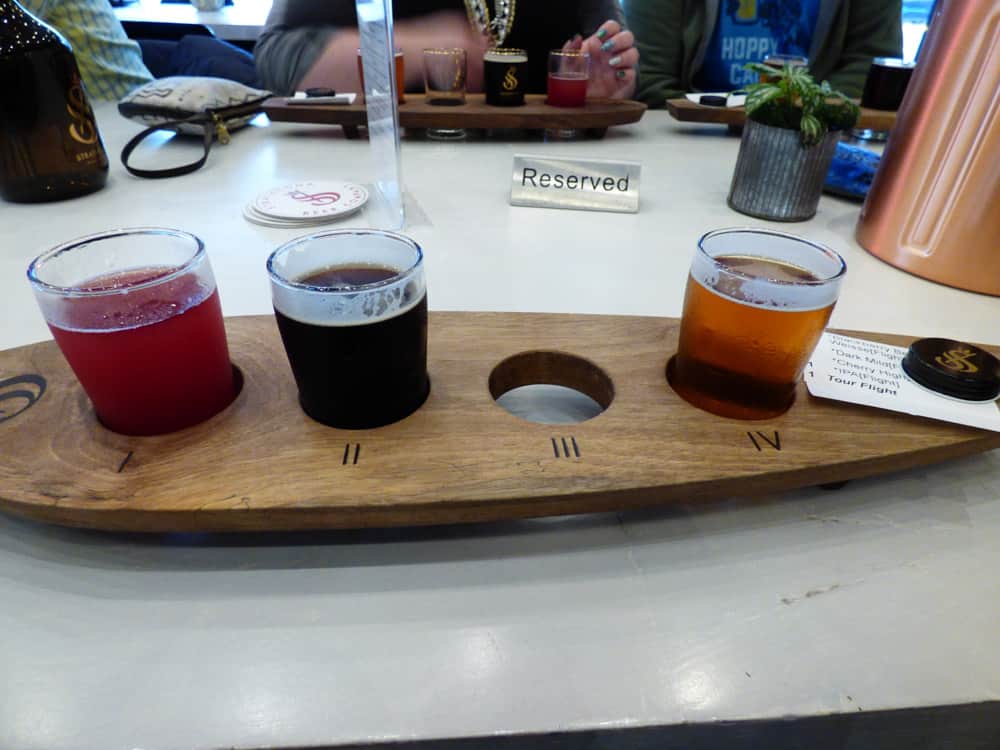 If you love the Pacific Northwest then Vancouver, BC is probably placed high up on your hit list of places to visit. In fact, chances are good that you have already been there. Maybe you even live in this stunning city as I did myself. If so then you likely already know that it’s a thriving metropolis full of fabulous restaurants, entertainment and nightlife. Also, because of the city’s enviable natural location, there are plenty of things to do in Vancouver BC for the outdoors enthusiast.

If that wasn’t enough to entice you maybe the fact that Vancouver is now very much on the craft beer map will do the trick. If you love craft beer then the Vancouver beer scene is sure to excite and impress you. Vancouver craft beer has a very dedicated culture behind it thanks to the ever growing number of breweries popping up all over British Columbia. Not to mention all the award-winning craft beer coming into the city from their Pacific Northwest neighbors of Washington and Oregon.

When you put all of this together you come up with some pretty cool Vancouver activities that are made even better with a pint or two of delicious, Pacific Northwest craft beer.

List of beer loving things to do in Vancouver BC 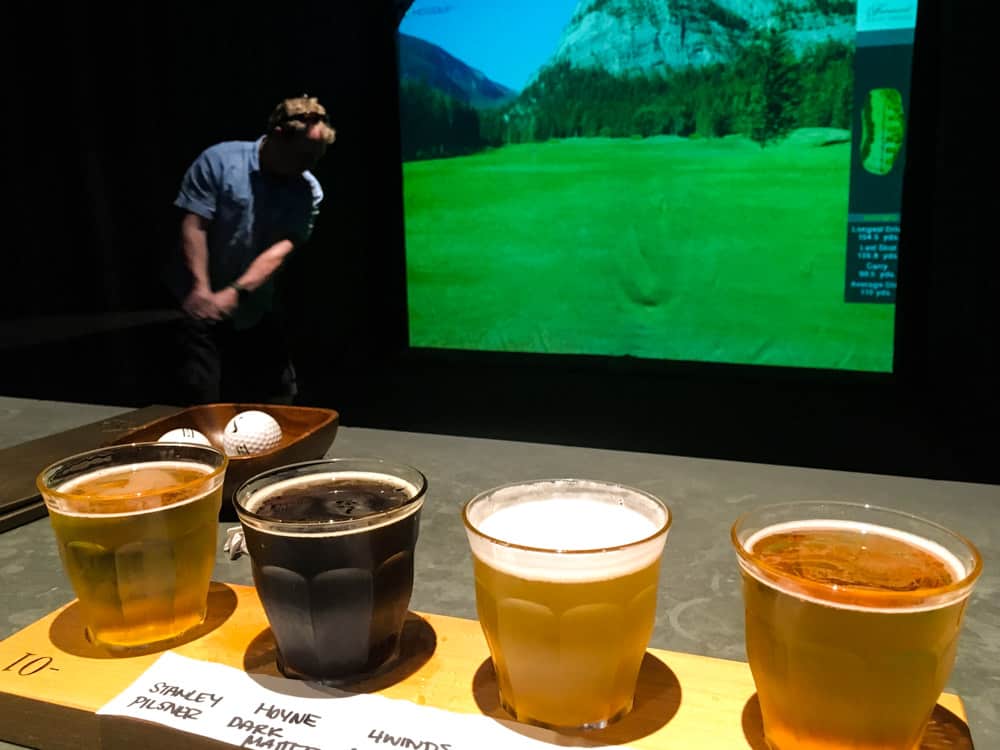 Beer and golf go hand in hand for many people and there are some great golf courses in Vancouver. But if you don’t have the time, or money, for a full round on a real course then give virtual golf Vancouver a try. One Under Urban Golf Club, located on Granville Street between the financial and entertainment districts, is a sports bar with a twist. You don’t just watch sports here, you play them!

One Under’s top of the line Golf Simulation Bays allow you to virtually play at some of the best courses in the world against your friends or co-workers or set up a competition for longest drive or closest to the pin. If you’re not into competition just play for fun by hitting balls at virtual windows in abandoned buildings.

Do all of this while sipping on a pint of craft beer and munching on some top notch menu items like pulled pork sliders or the Dublin Dip Board. Oh and if you have friends who don’t like craft beer (What?) there is also a fantastic cocktail list, wine and scotch menu. 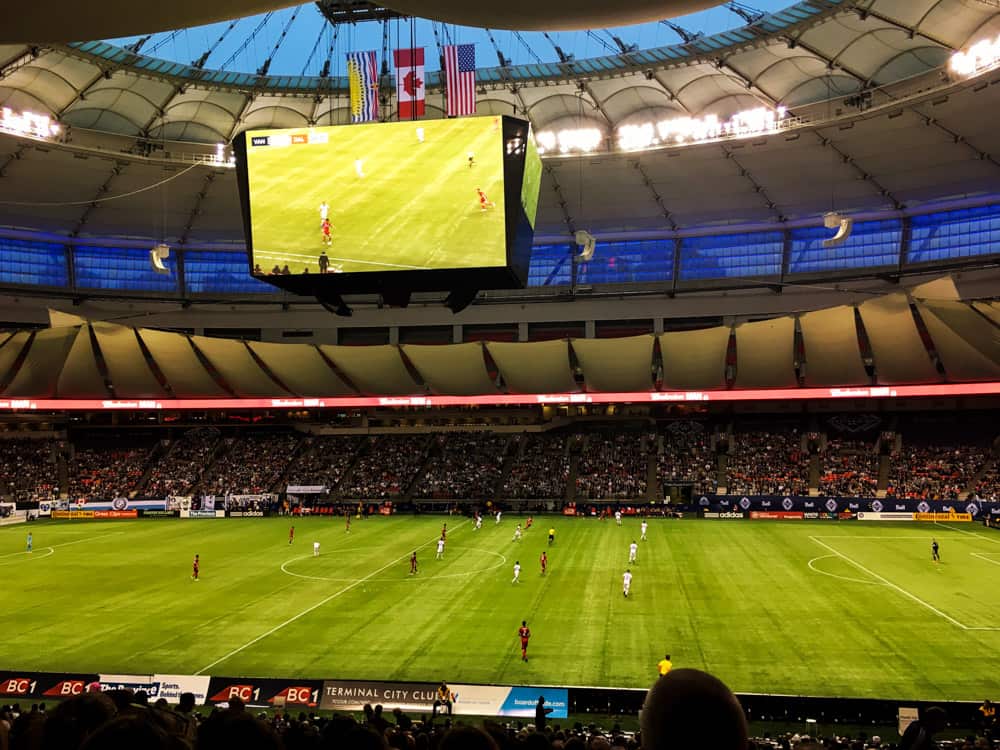 Vancouver loves its sports teams and has some world class venues to watch a game. Check out the Vancouver Canucks hockey team, the BC Lions CFL team or the newest addition to Vancouver’s major players, and my personal favorite, the Vancouver Whitecaps Football Club (aka soccer in North America.)

If you’ve never attended a live professional soccer match you are in for a treat. Soccer fans are an especially passionate crowd, making it one of the best games to see live. You’ll also be happy to know that the the Whitecaps play at BC Place where there is a bar as well as multiple stands selling local and imported beer that you can take to your seats to enjoy during the match. 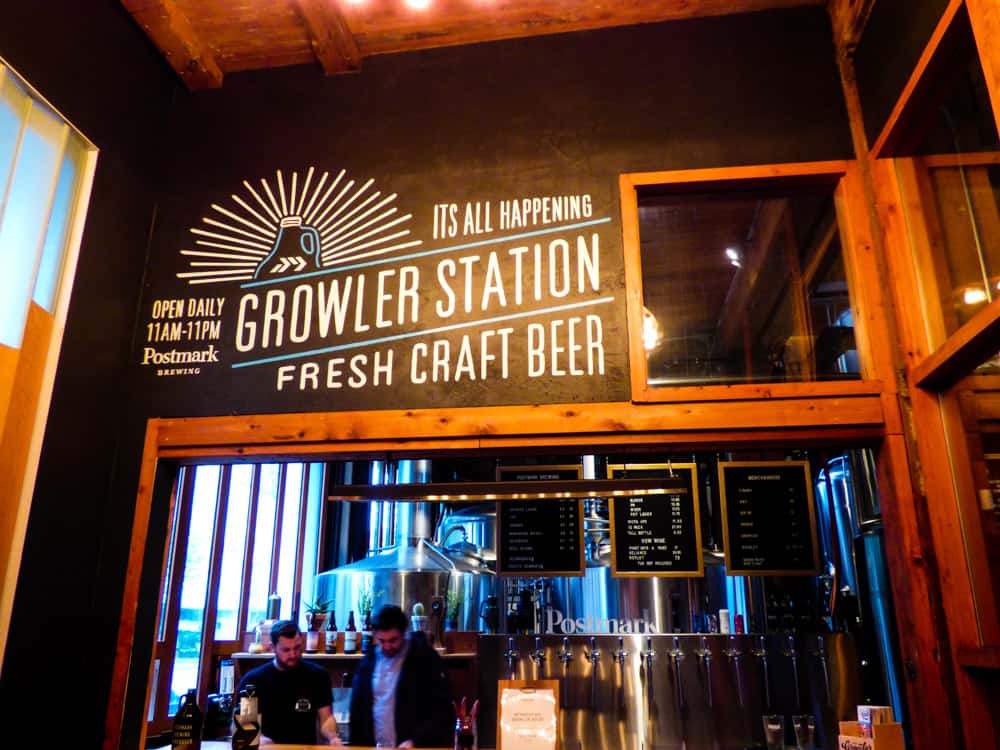 Want to know how your favorite beer is made or maybe discover a new favorite? Sign up for a Vancouver brewery tour. There are over forty breweries around Vancouver so you could in fact take several brewery tours and still not see them all.

One of our first choices is Canadian Craft Tours. These guys are a company of self proclaimed craft beer, spirits and wine fanatics who love the world of “Libations Tourism” They offer private, group and bespoke tours that cover everything from small boutique to larger more commercial brewers and everything in between. They also like to throw a distillery or winery into the mix. In our experience Canadian Craft Tours is knowledgeable, friendly, fun and yes fanatical about their love of beer. Not only that but the guide we had was also knowledgeable about Vancouver itself, so we had the added bonus of a bit of a city tour as well.

If you want to go further afield they also offer tours on Vancouver Island, the Okanagan and Whistler/Sqaumish. 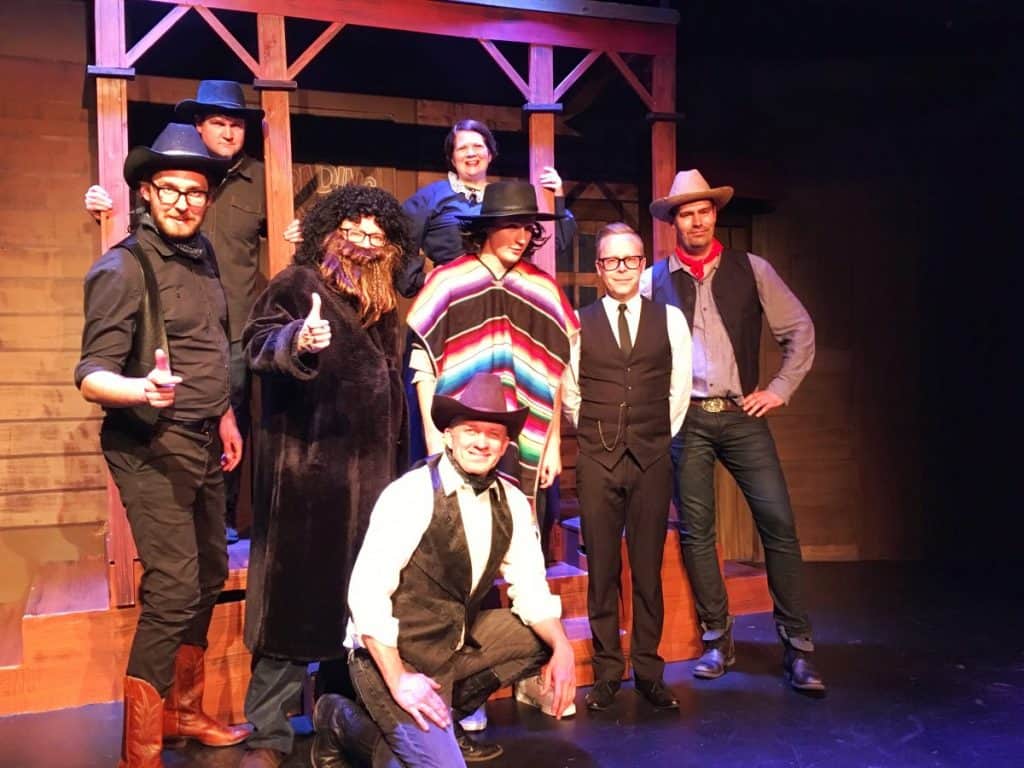 You’ve probably been to, or at least have heard of, Granville Island Public Market. After all, it is a favorite spot for both visitors and locals to go and shop, browse and eat any day of the week. But did you know that there is a whole island to explore full of boutiques, restarants, art galleries and even distilleries and breweries? Not only that but Granville Island doesn’t close down when the market does, it just changes focus.

So what does a craft beer lover do on Granville Island at night? Start with a tasting at Granville Island Brewing, one of the oldest breweries in Vancouver, then grab a bite to eat at one of the Island restaurants. Finally cap off the night with an evening of comedy with the hilarious Vancouver Theatresports League. The team of talented improv performers will have you crying with laughter…oh and they serve craft beer!

Note: Check out this self-guided brewpub tour of Vancouver, including Granville Island.

Life is all about balance and what better way to find that balance than with the unlikely, but perfect combination, of yoga and beer. There are several breweries offereing these fit and fun social sessions including Big Rock Brewery who brilliantly calls it “Brewga”

If you’ve never done yoga before this is a fun way to give yoga a try. If you’re already a yogi fan why not add this lighter version to your weekly routine? Don’t worry, you’re not drinking beer as you strike a pose, the beer is enjoyed after the session. The best part is you can quench your thirst guilt free becasue you’ve balanced it with exercise!

Want to take the fit and fun balance a step further? Then you must check out the Urban Rec. They call themselves Vancouver’s Sports and Social Club and the tagline most certainly fits as they are all about combining being active, being social and having fun. What a perfect recipe for a happy and healthy lifestyle!

Urban Rec has social leagues around the city in a ton of sports including basketball, socer, floor hockey, bowling and even dodgeball. These social leagues are open to all skill levels and the name of the game is to have a good time and meet new people rather than the usual competitive focus. In fact the social leagues aren’t even based on scoring points, instead the win is in getting discounts at a local establishment to enjoy some food and bevies with your team.There’s few better ways to meet amazing new people than playing together on a team and then sharing a beer.

As you can see, Vancouver is like a Mecca for active beer lovers. So next time you’re in the mood to enjoy some craft beer in Vancouver don’t just pick up a six pack and plant yourself in front of the TV. Get up, get out, and enjoy your brews in combo with some fun active and/or social events. But please, always remember to drink responsibly and take a taxi or transit home.

Latest posts by Sarah (see all)